Northern Jutland has some of the most unique and magnificent scenery in the entire country. Feel the wind as it blows in from the North Sea or take a walk out to the impressive sand dunes. DanCenter offers more than 1,000 holiday homes in Northern Jutland, spread out along the North Jutland coastline. Whether you're dreaming of a romantic getaway for two or a holiday that all the generations can enjoy together, North Jutland is the perfect holiday destination, where you can spend quality time together.

Start your search for a holiday home in North Jutland here: 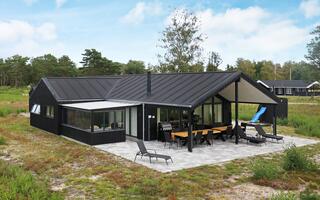 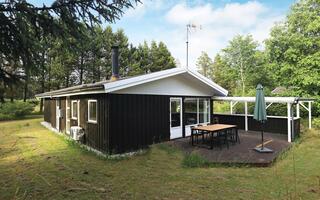 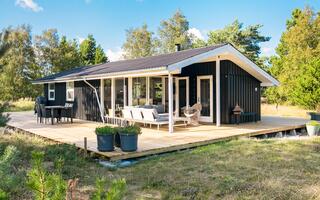 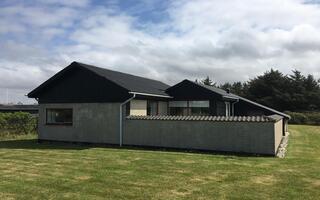 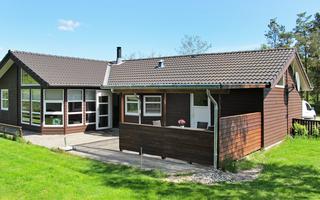 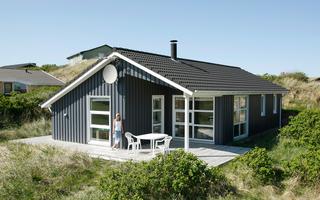 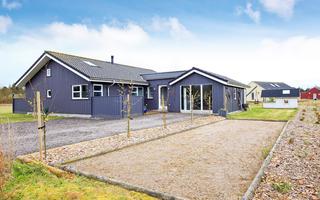 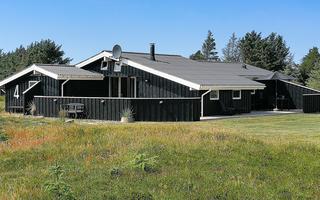 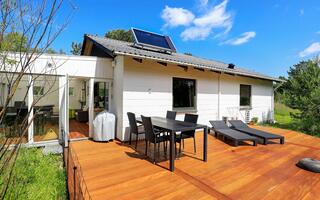 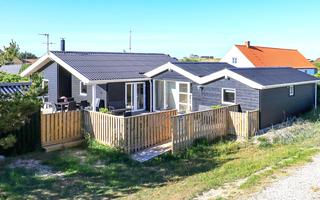 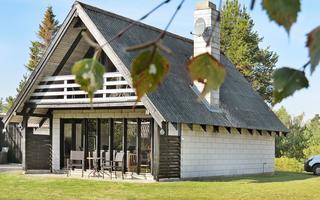 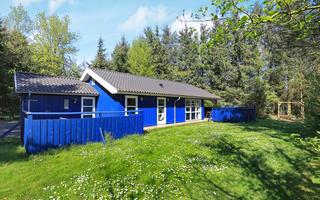 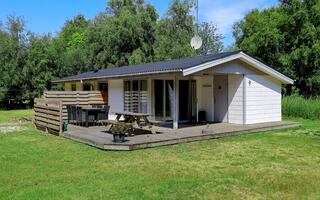 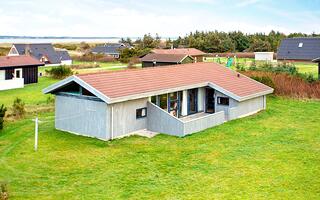 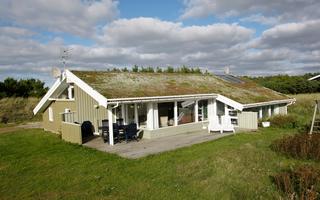 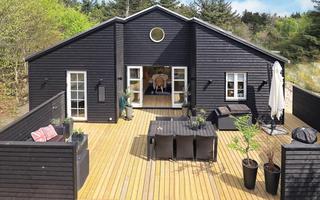 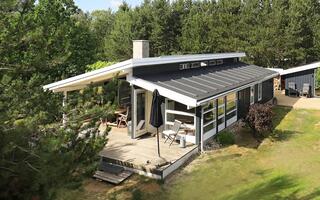 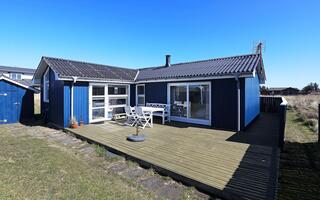 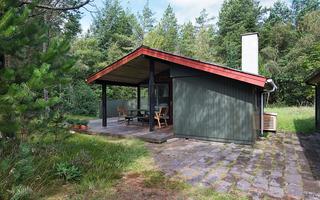 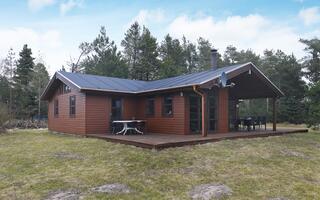 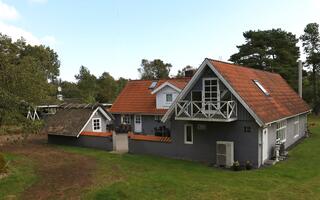 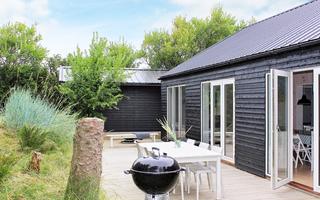 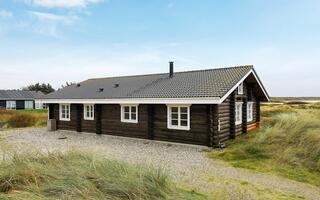 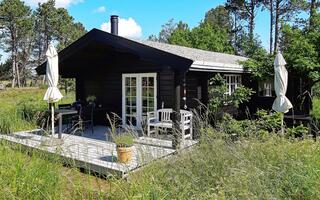 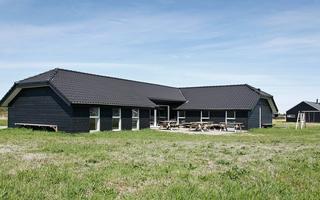 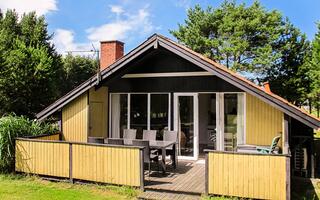 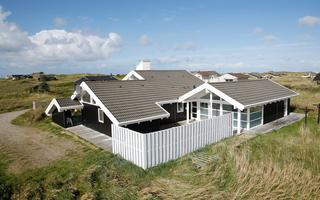 There´s a very good reason why Northern Jutland has become one of Denmark's most sought after holiday destinations when it comes to renting Holiday homes. With more than 1,000 rental properties/holiday homes spread out along the Northern Jutland coastline, DanCenter offers a wide selection of rental homes for all all types of holidays, in all sizes and price ranges, no matter whether you are looking for a place that has room for 2, 10 or more guests. Northern Jutland has some of the most unique and magnificent scenery in the entire country. From the North Sea with its wide sandy beaches to the impressive drifting dunes along the Kattegat, without travelling very far, you can explore very different environments that are each unique examples of

Danish natural landscape. And you don't have to spend every day at the beach, splashing around in the waves - the scenery is there for you to enjoy all year round, with plenty of hiking opportunities for long walks in the fresh air.

A historic trip to the North Sea

Near the North Sea, there are many popular holiday home areas close to the following towns: Blokhus, Løkken and Lønstrup. Many of these houses are located in peaceful surroundings, just a short distance from the water, and can accommodate from four people up to larger groups of up to twenty-one. Along the coast, you will find a number of small towns with supermarkets and shops, so no matter where you are, you´ll never have far to go to the nearest shops. Along this stretch, you´ll also find one of Northern Europe's most beautiful bathing beaches that attracts water-lovers to the holiday homes in the area. The size and width of this child-friendly beach means it never feels overcrowded. On some parts of the beach, you can find several fascinating relics of the past such as abandoned bunkers from World War II. Hanstholm is home to the historical Museumcenter Hantsholm, where you can explore Northern Europe´s largest fortifications from World War II, while both Hirtshals and Skagen further north, also have bunker museums where you can experience the underground fortresses from the inside.

is also home to Denmark's first official national park which is situated in Thy and extends all the way from Agger to Hanstholm. Here, you will find a variety of landscapes - from vast forests and moors to meandering dune plantations, home to many species of rare plants, and animals. In the park, there are both bicycle routes and hiking trails with winding paths and good vantage points. If you feel like getting out of the house for a change, you can enjoy your packed lunch in one of the shelters or lay-bys along the route. One of the reasons why Northern Jutland is so popular as a travel destination is because of the wide variety of attractions that are evenly distributed throughout the area. In addition to the magnificent natural surroundings, an attraction in themselves, you will find both aquariums, amusement parks and museums that will provide many hours of entertainment for the whole family, both indoors and outdoors.

Fårup Summerland, one of the most popular attractions on the list, has been providing fun for all ages in the large forest between Blokhus and Løkken since 1975. This popular theme park has continued to expand since it opened and today offers more than fifty different rides for everyone for both

young and old - and those who don't scare easily! The park features some of Denmark's fastest roller coasters and also has a water park with everything you can think of, with room for water babies of all ages! DanCenter offers various discounts on some of Denmark's best attractions, including Fårup Summerland.

For the animal lovers, there are also plenty of places to visit. On the east coast, you can view the wildlife in the Lille Voldmose Nature Park, while The North Sea Oceanarium in Hirtshals and Aalborg Zoo is also open to guests all year round. Here, as you walk around, you'll be surrounded by hundreds of amazing species of animals from the sea, air and land. No matter where your holiday home is located in Northern Jutland, it won't be far to the nearest priceless experience.

Skagen is home to several landmarks that are well-worth the drive - whatever the distance. This where you´ll find Skagen´s Lighthouse, which at 46 metres tall makes it one of Denmark's highest. In the same area, are the Skagen Museum and Saint Laurentii Church, better
known as the Sand-buried Church. Several centuries of drifting sand has buried the present mystical church until only the tower remains standing among the trees in the large dune plantation. It's no wonder there are so many holiday homes in Skagen. The beautiful natural surroundings go without saying, but the town of Skagen itself exudes a very special atmosphere that reflects the local culture. Hungry stomachs will quickly be satisfied in this true eldorado of dining options that includes everything from traditional inns and smorgasbord restaurants to fine gourmet food outlets and fishmongerers. Between Skagen and Frederikshavn, lie the desert-like shifting sand dunes known as Råbjerg Mile, the largest of its kind in Europe, just waiting to provide you with a unique hike revealing far more hidden facets along the way than you could ever imagine. Råbjerg Mile is divided into several different smaller areas, each with their own fauna and function in the distinctive landscape. All this is waiting for you when you visit Skagen in a holiday home.

Lønstrup is a small town in Vendsyssel located 15 kilometres from Hirtshals. The town used to be a fishing village, but today there are only a few fishermen left in the boatyard who fish just for fun. However, there are still plenty of fish in the water, so there are lots of opportunities for spending an afternoon angling from the stone breakwaters that have been erected to protect the coast. Lønstrup, in particular, is known for its harsh but beautiful nature with steep cliffs, that are more than 70 metres high in some places. The city is also home to several galleries and craftsmen (potters, glass blowers, painters, sculptors etc.). We have a wide selection of holiday home rentals in Lønstrup, which is why we are sure that we have just what you need.

Blokhus, is a small town on the northwestern coast of Jutland. The white sandy beaches are the town's biggest attraction and one of the reasons that a very large number of tourists and holidaymakers visit the area every year. Not far from Blokhus is Fårup Summerland - a very popular attraction and one of the largest amusement parks in Denmark. Another of the town's attractions is the 642-acre Blokhus Dune Plantation that offers unique nature experiences for children and adults. The dune plantation includes a natural playground and picnic area, as well as a natural baking oven, hiking trails, mountain biking routes and a dog forest where dogs can run freely off the leash. And let's not forget the annual sand sculpture festival in Blokhus (at the old school in Hune).

Surfing and water sports in Løkken

With its more than 1,500 inhabitants Løkken is one of the larger towns on the northwestern coast of Jutland. Originally, Løkken was an important fishing village - with settlements dating back to the end of the 17th century - but today the town is a busy holiday resort with plenty of holiday homes for rent and it is a favourite tourist destination of both Danes and foreign visitors. Løkken´s excellent location on the west coast of Jutland has transformed the town in recent years into a mecca for watersports enthusiasts, and all those who enjoy frolicking in the, at times, fierce waves of the North Sea. There are many great opportunities here for swimming, windsurfing, kite surfing, kayaking and so on - for both children and adults alike. Another spot you mustn't miss is Klitmøller. Off Klitmøller is where some of Denmark´s biggest waves are generated. A little bit of paradise for experienced windsurfers. And a breathtaking experience for everyone else as they watch the surfers hone their skills on the board. If you're feeling adventurous, there are plenty of places to learn how it's done on-site.

Holiday home rentals in Northern Jutland are not just for the summer.

Holiday rentals in Northern Jutland are definitely becoming more and more popular, so it is wise to plan your holiday well in advance whether you are looking for a holiday home in Skagen, Blokhus, Løkken, Lønstrup or in one of the other popular holiday resorts. Outside the main summer season,
a trip to the coasts along Northern Jutland can be something quite out of the ordinary. In winter time, many of the attractions in Northern Jutland throw their doors open for seasonal activities both indoors and outdoors, but there's nothing wrong with simply grabbing the chance to curl up inside a nice cosy chalet with family and friends over a cup of hot cocoa.

How many DanCenter houses can I choose from in Northern Jutland?

DanCenter offers 1200+ houses to choose from in Northern Jutland.

What are the most important places to visit in Northern Jutland?

Any activities that I must include during my stay in Northern Jutland?

Head to the church, burial grounds, national parks, oyster safari and paddling during your stay in Northern Jutland.

Travelers from the UK can take a flight, bus, and train to reach Northern Jutland.

What are the recommended dishes in Northern Jutland?

Lobsters, shellfish, and mussels are some of the famous dishes in Northern Jutland.

When is the ideal time to visit Northern Jutland?

May to August is the ideal time to visit Northern Jutland.